Guitarist and singer Csaba Toth Bagi has been a fixture of the Hungarian music scene since his teenage years, well known for his powerful voice and his soulful and technically brilliant guitar playing. His rootsy blues and jazz style is greatly influenced by his Balkan upbringing, his Hungarian musical education and his years touring internationally with renowned guitarist Al Di Meola.

He was raised in Serbia in a family of musicians who later settled in southern Hungary in 1993 during the Yugoslavian war. His father started him on the piano at the age of 6, and by age 12 he had found his voice writing and recording on the guitar. At the age of 16, Csaba recorded his first blues album “Crazy Clock”(1997), featuring Tibor Tatrai, the most respected Hungarian blues guitarist. The album won great acclaim from European critics, who described him as “the Hungarian Gary Moore”. The album was soon followed by four more releases: “A Tribute to Jimi Hendrix”(1999), “Kell, Hogy Hazudj”(2000), “Another Blues World”(2003) and “Nelkuled (Without You)”(2006), a melodic collection of vocal compositions influenced by traditional Hungarian style with a pop delivery.

Csaba has been touring and performing throughout Eastern Europe with his bands which often include traditional Gypsy instrumentalists. In 2004, his trio CsaboWabo was chosen to represent Hungary at the Jazz in the Park European Union Exhibition and Festival in Bangkok, Thailand. Additionally he worked with Ennio Morricone at the National Theatre and Open Air Theatre of Szeged, Hungary.

In 2012 Csaba Toth Bagi Balkan Union has released “Aved Ivenda” of original compositions combining traditional Macedonian, Serbian and Hungarian melodies and rhythms into a jazz structure. The project has excited the attention of US jazz musicians Al Di Meola, Dave Weckl, Ernie Adams and Butch Thomas; Cuban percussionist Gumbi Ortiz; Italian accordionist Fausto Beccalossi and Macedonian keyboard player Vasil Hadzimanov, who have all added their own personal style to this unique fusion recording. In 2013 the band had Mike Stern and Trilok Gurtu as special guests and this special project was filmed and got released with Inakustik on DVD in 2015. 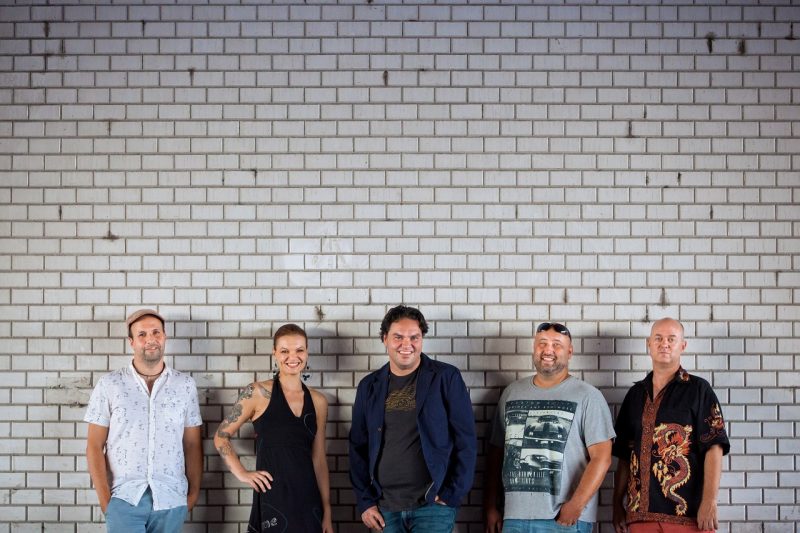